From Emmy Award-winning executive producer Dick Wolf and the team behind "Chicago Fire" comes "Chicago PD," a riveting police drama about the men and women of the Chicago Police Department's District 21 who put it all on the line to serve and protect their community. District 21 is made up of two distinctly different groups: the uniformed cops who patrol the beat and go head-to-head with the city's street crimes and the Intelligence Unit that combats the city's major offenses - organized crime, drug trafficking, high profile murders and beyond. The vast responsibilities that these jobs entail extend far beyond the walls of the precinct, often taking an emotional toll on personal lives of these men and women.

Do you love Chicago PD, Season 1 tv serie? Please share and improve it :)

The performances between SOPHIA BUSH and JASON BEGHE were THE BEST until May 2017.

A show with a lead actor that always shines. Good cast, not great but ajr boss! OMG

I don't like this show. Chicago Med is way better😒

Where is the one where the set up the torture house to extract confessions from innocent Black people? What about the one where the department defrauds the city out of overtime pay so that they can’t afford training or new hires? How about a flashback episode where they conspire with the FBI to assassinate Fred Hampton?

This show is amazing the acting is Effin' amazing. All of it is amazing. I love this show so much. If you like SVU you'll love this one. Hands down one of the best crime dramas.

Love this show.....I really don't like shows like "the killing" or "the following" where it takes the whole season or longer to catch one bad guy. I prefer shows like this one or SVU or Criminal Minds where there is some closure after each episode. If you like Law and Order, you'll love Chicago PD.

The cast is awesome!!! Dick Wolf does awesome research on the incidents that happen in each episode. The emotion is felt with each episode!!! So bummed they took it off demand!! I'm buying it though! I guess my husband and I are following the work of Dick Wolf. Thanks for the awesome work.

Very powerful and compelling, each episode has a fresh twist.

This show is amazing!!!! So worth watching!! Awesome cast!! Love how the storylines connect with Chicago Fire!!! Can't wait for Season 2!!!!!!

this show is so raw and refresh !!! can’t wait until the season return!!!!

Really couldn't get into another police show since besides SVU until i watched Chicago p.d awesome Show cant wait for season 2!!

Best show hands down!!! Have watched every episode up to date

Whats up with all the leather jackets? its a little stingy at times..

Lots of weepy people you don’t care about to make it seem like a character-driven show. Shootings where they don’t even cover the back door. A very flat drama. Wolf is usually good but this show stinks.

After watching 2 episodes, I found this show a lot like the short-lived 90’s Steven Bochco cop show, "Brooklyn South.” I liked that show, too. I hope this one lasts longer than that one did

This show is now one of my favorites.the show shoots from the hip which i think is great.where is the season pass.

Please offer this as a season pass!

iTunes. Where is next episode?

My new favorite show!! CAN'T WAIT FOR THE NEXT EPISODE!!!!!!

I was hoping this would be a good show when I saw an actor from the Wire ( best show of all time). I'm from Chicago and heard only one actor even attempting the dialect. Everyone was too clean and polished and way too pretty to be believable and the networky music was annoying. I wasted my time

Didn't think I was gonna like it ,but it turned out to be pretty good

I enjoyed watching the pilot a lot. I hope the series is just as good. I want more!!

Thought I wasn't going to like the premise of this show since I'm not a huge fan of Chicago fire. I was pleasantly surprised tho. Looking fwd to watching other episodes in the future. 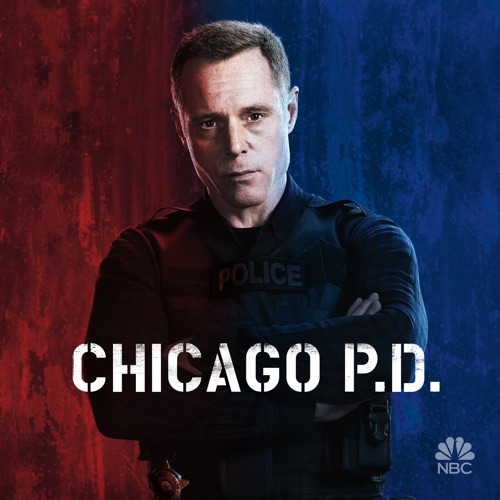