David Carradine stars as the mysterious Caine, a Buddhist monk and hunted man who wanders the American West in the 1870s fighting intolerance and injustice with his mastery of an ancient form of high combat known as Kung Fu. A fugitive from his native home in China, the orphan of half-Chinese, half-American ancestry, was trained in mystic philosophy and martial arts. A man of peace, Caine shuns material things. Roaming the rugged frontier of the Wild West, Caine champions the downtrodden and fights for justice and equality armed with only his hands and feet. In this extended pilot movie, Caine battles for the rights of immigrant laborers building the TransContinental Railway in the post-Civil War West. Exhibiting humility and respect for the "oneness of all living things," Caine, in his quiet, unassuming way, redefines the term "hero" in Kung Fu. See the television movie that started the classic series.

Do you love Kung Fu, Pilot tv serie? Please share and improve it :)

Whatever we expect with confidence becomes our own self-fulfilling prophecy.

This was originally filmed in 1.33:1 aspect ratio - the same as the old "square" TVs... and I was already aware that there were "full screen" (original) version and "widescreen" cropped versions... so I initially bought the SD version on iTunes in the hopes it would be the original, full 1.33:1 picture. Nope! It turns out that ALL copies of Kung Fu on iTunes are the ruined, cropped version. Part of the top and bottom of the picture have been cut off to make it appear 16:9 "widescreen" - the same as most modern HDTVs, even though it seriously ruins the framing and composition of each scene. Worse, Apple doesn't bother to disclose this important tidbit, happily allowing you to waste your money on these compromised digital versions that have most of the picture missing.

1972. How many TVs were wide screen in 1972. What, was this originally shown in movie theaters? I don’t think so. Where where we warned that this was a butchered copy?

This one time at band camp... BAM! Chuck Norris. 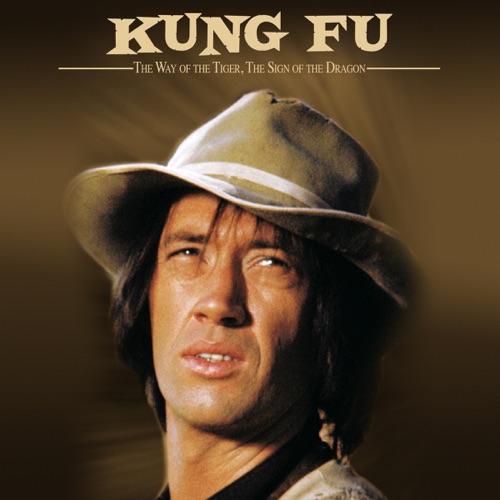