RuPaul’s Drag Race returns with a court of Queens so ingenious, a competition so unpredictable and a judges’ panel so packed with talent, you’ll be seeing stars! Think you know this Race? Honey, you have no idea.

….she bring it to you every season

I still can't figure out why the chose Violet. However, the season was really good. Katya, Ginger and Pearl are my favorite this time. Can't wait for the new season. C'mon gurlss!

Violet, Max, and Katya make this season. Not the best season by far. My feeling is that a lot of queens either played it safe or were edited to filth.

Season 6 was great -- queens with character, personality and talent. Sadly, season 7 harkens back to Season 2. Check out the various reviews and general unhappiness with the outcome and you'll get quite a "read" on 2 and 7. When this season started, I was a bit concerned that few of the queens had that "wow" factor. Those few got eliminated based on inconsistent performance (and Ru's preference). The end of the race's only highlight was Katya winning Miss Congeniality and Bianca's ever-strong stage presence. My recommendation is to save your money and watch a friend's copy if you're interested in seeing this season. I think this may (and probably should be), the last season.

It may not be iTunes fault, but it is absolutely shameful that, several days after it aired, the season 7 finale is not available for download. Sickening … NOT!!!

Not only is the finale posted LATELY, they now have the audacity to charge me an EXTRA $2.99 just to view it. I paid $34.99 for the SEASON Pass, not the Every-Episode-EXCEPT-the-FINALE Pass. Stop ripping off your supporters. I'm losing interest in this channel and its shows little by little. DO NOT WASTE YOUR MONEY ON A SEASON PASS. They want to nickel and dime us? Well then go ahead and bootleg it.

WHAT THE HELL IS THIS ITUNES?????, I BOUGHT THE WHOLE SEASON PASS AND NOW WE HAVE TO BUY THE FINAL EPISODE SEPRATELY!!!!, WHY CAN'T I DOWNLOAD IT????????, FIX THIS IMMEDIATELY.

I absolutely love this show, but as a college student who isn’t around cable and not old enough to go to the bars to watch it when it premiers, I rely on these season passes. That said, I don’t get why everything is posted extremely late? Episodes don’t show up until 12:10(+) a.m., which means I have to ignore social media all day after it airs in order to prevent anything being spoiled. I remember having the season pass for Project Runway and Face Off and episodes being available almost immediately after shows aired. Get it together iTunes/Logo!

What's with the non existence of the finale? Very disappointed. Huge fan of the series, please be timely about releasing the show.

First time I do the season pass and it's the last. You can't do a reality competition and delay putting up the finale, it's quite unprofessional

35 Bucks to watch this season and NO final episode?!? Major fail on iTunes/logo/Ru Paul Charles' behalf. Thanks to this load of crap the ending is spoiled (thanks Facebook), it's a day later and the season 7 finale is still not uploaded to iTunes. As a devoted Drag Race fan since season 1, I am seriously rethinking buying a subscription to next year's season.

LOVE RuPaul, but I’m super disappointed that the finale hasn’t been uploaded to iTunes yet! It’s already a bummer that I have to watch a day later, but now I already know who won, because iTunes is taking so long to upload the episode!!!

I have somehow miraculously NOT learned the winner of this season by avoiding the internet all day and almost 24 hours after it’s airing, iTunes and Logo don’t have it together to get their FINALE loaded? Why did I pay for this if it takes so long to get it uploaded that the entire build up is ruined because they can’t remember to hit upload? I have adored this show since the beginning, but this is a reason to never purchase a show on iTunes.

If I could give no stars I would. Why is it that its the day after the live episode, where the winner is crowned, and I still don't have this last episode ready to watch? Its been almost 24 hours now...whats the hold up ITunes?? I am already always a day behind because the episodes don't usually become available until the day after they air. Now I apparently have to wait even longer for the reveal...thats crap. Ive ben dodging spoilers all day and I itunes should have this available already. What a joke...I won't do a season pass like this again.

You buy a season pass and then they don't put up the finale. Want my money back. Winners all over the Internet but I can't see it because logo I guess refuses to give me what I paid for.

WHY THE DELAY. THERE’S NO LONGER ANY SUSPENSE ON THE SEASON FINALE.

Waiting for the next episode too long.

Where is the finale???? I bought this so I could watch it! Come on iTunes!!! It's bad enough I have to wait a day after, but to not have it up yet is lame!

Love the show! Bought the season pass to watch each week and it's been great... Until today! Where the hell is the finale #apple #iTunes ?!?!?! I paid and now I'm getting screwed. Don't over promise & under deliver! #RuPaul please fix this ASAP! Like yesterday!

Where in the hello is my last episode???!!! Ive always got a email on tuesday morning telling me that the latest episode on rupaul was available. But not this time…..

They did this last year! Didn't post the last episode till almost two wks later... Won't be doing this season pass crap again

Why every year is the finale never posted until after a million people complain?! So ridiculous!

Several episodes on Season 7 have not been available until almost 24 hours after they air. With a competition reality show such as Drag Race (and where you've already paid to subscribe to the entire season) this is not good. And now the final episode is late. I basically have to ignore all social media today in order not to spoil the outcome for myself. Come on, Drag Race, you're better than this! Get it together!

It's now the next day after the finale. This season most episodes appear around 2:00 AM central. This season a few have been lagging into the next day. The finale has been shown. Spoilers abound and yet still no upload for those with a season pass. Reality TV doesn't work on a delay. Sadly, Logo and / or WOW did this last year with 6. It didn't show up until Wednesday / Thursday. Shame on you.

I’m starting to regret accessing this show via iTunes because they release episodes much later than the air date. However, they will release the “Untucked” episodes in a timely fashion, so it leads to spoilers if not the greatest temptation ever to not watch untucked till iTunes makes it available. This just explains how good the show is, that I’m freaking out because they don’t release the episode in a consistent and timely manner. iTunes should give us a heads up when an episode is going to be delayed after the air date.

Don't care about any of the queens. Next

ITunes the next episode is available but asking me to buy it even though I have a season pass?!

It's with the way iTunes uploads the episodes, I know there's a gap between the airtime and the episode being up but I can see the episode yet I keep getting errors every time I try to play it. This has happened before and it's very annoying.

I absolutely love the show but why wasn't it available foe viewing this morning?

Hey what happened with this weeks episode !?!?!

I paid so much money for a season pass. And the episodes don't post at a consistent time. They usually post very late Monday night, but not always. Why can't it be better? Customers deserve better. The show is amazing. It's flawless! Do not miss it. Best tv show ever. Unfortunately, the iTunes experience is hell.

I have been a loyal and devoted fan since season two however, like last season, Season 7 is full of forgettable in queens, in "seen it all before challenges", with the worst judges of all time. Even Ru looks bored..This show needs a serious overhaul.

I love love this show! but i hated episode 6 about what happened to Merle. I thought it was boring and lame. SNATCH GAME!!!

When do the episodes go up? I bought the season because I don't have logo but the current episode isn't up yet? It aired over an hour ago!

I'm literally obsessed with violet chachki!!! Like gag me with a body ody ody!!!!!

where is whatcha packin" episode 3 it should already be available now??????

THIS SEASON BY FAR THE BEST SEASONS! ITS SNATCHED MY WIG RIGHT OFF MY HEAD. SLAYYYYYYYY

We're only two weeks in to the new season, but it's already shaping up to be one of my favorites. My early pick is Ginger Minj. She is a hoot. Could she be the first big girl to snatch the crown? We shall see. Now, I hate to sound shady, and I know this will sound mean, but Tempest DuJour is the first drag queen I've ever seen who looks worse as a woman than as a man. At the end of episode one, she looked like something that had been floating in a lake for a while.

I think I look forward to this more than Christmas. Love you Ru.

If you’re not watching RuPaul’s Drag Race, you’re out of it. This show is the most entertaining, fun, inspiring, and exciting thing on television. Can I get an Amen?

When is first episode gonna be up???

Greatest idea Logo has ever had! :)

I've binged watched every season (except for the first one of course) and I am so ready to see who is going to snatch the crown! Top 5: Mrs. Kasha Davis, Miss Fame, Jaidynn Dior Fierce , Kennedy Davenport, and Tempest DuJour! Hurry up and get here, Season 7!!!

Come on seasson 7!!!! Let's get sickening 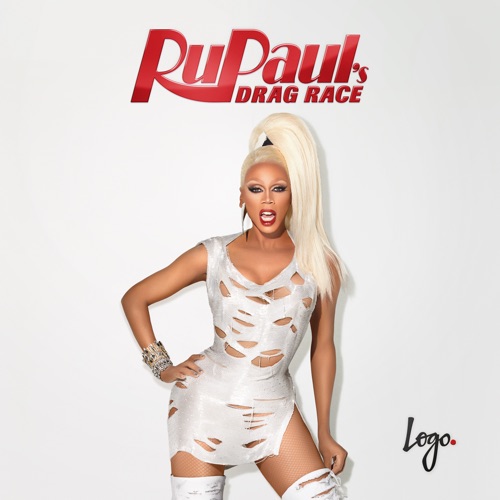