Smash Hit Tower Defense Game
The Bloons are back and better than ever! Get ready for a massive 3D tower defense game designed to give you hours and hours of the best strategy gaming available.

Craft your perfect defense from a combination of awesome monkey towers, upgrades, Heroes, and activated abilities, then pop every last Bloon that comes your way!

EPIC MONKEY TOWER UPGRADES
* 21 powerful monkey towers, including new BTD6 towers Druid and Alchemist and recently added Mortar Monkey and Engineer Monkey
* 3 upgrade paths - all monkey towers now have 3 amazing paths to choose between
* Tier 5 upgrades - top upgrades so powerful only one monkey can have them

HEROES!
* Each game, place one of these 11 unique and powerful monkeys with 20 signature upgrades
* Two bloon-shredding activated abilities per Hero
* Craft new gameplay strategies around each Hero's powers and synergies
* Unlockable skins and voiceovers to customize your play

And there's heaps more! We packed as much content and polish into this game as possible, and we continue to add new features, content, and challenges in regular updates. We truly respect your time and support, and we hope Bloons TD 6 will be the best strategy game you've ever played. If it's not, please contact us at [email protected] and tell us what we can do better!

Now those bloons aren't going to pop themselves... sharpen your darts and go play Bloons TD 6!

Bloons TD 6 contains in-game items can be purchased with real money. You can disable in-app purchases in your device's settings, or reach us at [email protected] for help. Your purchases fund our development updates and new games, and we sincerely appreciate every vote of confidence you give us with your purchases.

Ninja Kiwi Community:
We love hearing from our players, so please get in touch with any feedback, positive or negative, at [email protected] If it's stuff you want the whole community to see and talk about, then join us on Facebook, Twitter, and Instagram:
facebook.com/ninjakiwigames/
twitter.com/ninjakiwigames
instagram.com/realninjakiwi/

Streamers and Video Creators:
Ninja Kiwi is actively promoting channel creators on YouTube and Twitch. If you are not already working with us, keep making videos and tell us about your channel at [email protected]

Do you love Bloons TD 6 app? Please share and improve it :)

I love this game, however compared to previous versions this one is a lot harder, I enjoy a challenge but some parts are so hard it’s basically become a pay to win game :(

This is the best game I ever played

I do not have a nickname oof

It says it all. Me and brother are addicted to this game and we can't stop playing it!

This is a. Great game I would recommend it but if you like the darting gunner and balloon shredder they are not in this game I would like for the creators to add them but they haven’t not yet at least not yet.but beside that the game normally runs smoothly unless you put a lot of towers down that will lag your game and it might kick you out of btd6. It only takes 2 minutes to log back in. The tutorial is about 10 to 15 minutes.

BloonsTD is a fun Game I recently played BloonsTD Battles and it was fun and this game is also fun 5 stars!🙂

It would be amazing if it had all of the older monkeys, like bloom chipper and Gatling monkey

Don't get me wrong, BTD 6 is good, just like most btd's. But there is room for improvement. I've been playing for around 1 and a half years now, and I want to see a few features implemented into btd, for btd 6 or the next line up. Firstly I want to see a friend list. This would be helpful for playing co-op and to view stats. And with the common miscommunication, it gets annoying putting the code in. Secondly I would like a feature which is like a btd battles option. This is where the friend list would also come in handy, for playing against each other. Finally, I want to see some variation in the game. I used to grind at BTD 6 a while back, but I slowed down, as the game started to get repetitive after a while of playing. Than I recently started to start playing again. This time, I started playing to try and get a Venchful in hard mode.

THIS IS THE BEST GAME

I was gonna give it 4 stars cause I can’t beat medium but then I realised that maybe I’m not good at the game! Looks great and is extremely fun!

I love it please make more the sound is so good best game ever keep up the good work!

Grew up with bloons game and it will forever be close in my heart but it is great to see the quality get better and better over the years! the game is still being updated and doesn’t have a powercreep like many other apps. Definitely worth the purchase!!

The greatest remedy for anger is delay.

Bloons Tower Defense (also known as Bloons TD) is a series of tower defense games under the Bloons series created and produced by Ninja Kiwi. The game was initially developed as a browser game, built upon the Adobe Flash platform and released in mid 2007. Later games in the series expanded to support various mobile platforms, including Android, iOS, Windows Phone, PlayStation Portable, and Nintendo DSi. In the game, players attempt to prevent balloons (referred to as "bloons" in-game) from reaching the end of a set course by placing towers or road items along it that can pop the bloons in a variety of ways. Some towers can stall the bloons and give the other towers more time to pop them by freezing and gluing the bloons. Money is gained by popping bloons, completing levels, and collecting bananas from existing farms which can be spent on new towers, upgrades for existing ones, or temporary items such as exploding pineapples and road spikes.. 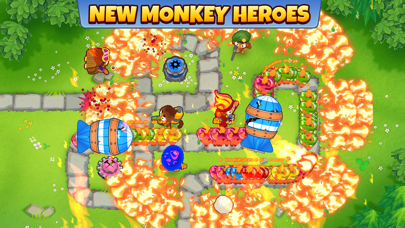 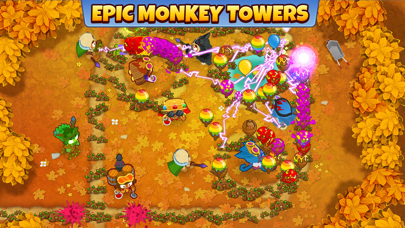 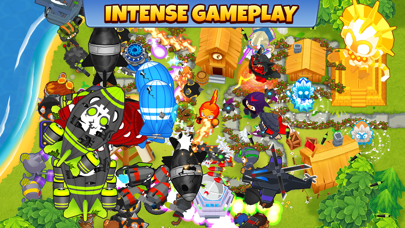 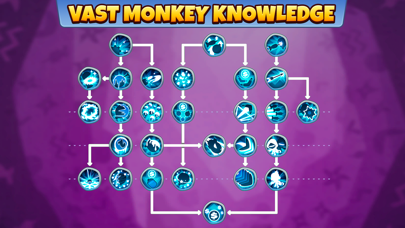 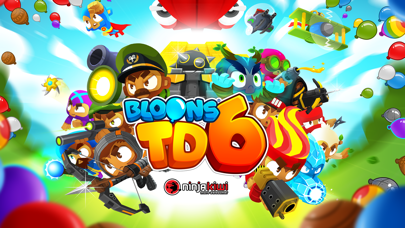 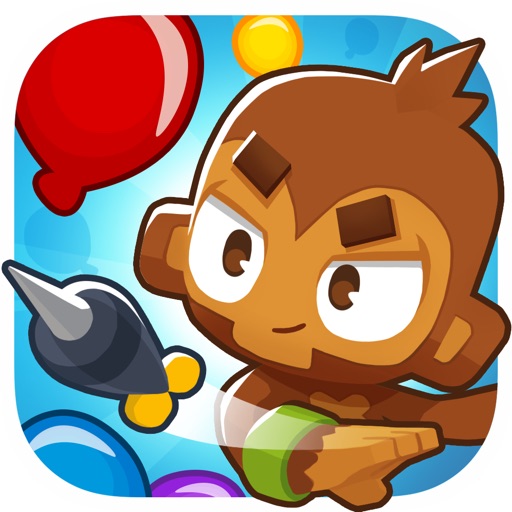