Take classic 2K action on the go with NBA 2K20 for mobile, featuring 5 new NBA Stories, a new MyCAREER storyline, and an all-new Run The Streets mode! From 5-on-5 basketball with current or all-time great NBA teams to streetball in Blacktop, NBA 2K20 is filled with a variety of game modes for all players.

Features:
ALL NEW RUN THE STREETS MODE
For the first time in any NBA 2K game, take your MyPLAYER around the world in a series of 3-on-3 streetball competitions. Get on a hot streak and takeover the game with greatly improved abilities and attributes. Compete against other players for a place on the Ranked Leaderboard or see how far you can go through the Championship.

NBA STORIES RETURNS
Experience the history of some of the most famous NBA players and teams with 5 new NBA Stories to play through.

NEW MyCAREER STORY
Build your MyPLAYER and go on your journey from college to the NBA. Will you have what it takes to earn your place among the NBA all-time greats?

THE ASSOCIATION
Take control of a team as the GM. Manage the roster, scout and draft the incoming rookie class, handle the budget, and more!

MULTIPLAYER
Finding opponents is easier and faster than ever before with a new Quick Match feature. Connect with other players through LAN or Game Center to play 5-on-5 matches or Blacktop games.

NEW 2K BEATS SOUNDTRACK
A new soundtrack accompanies you on your journey to the top of the NBA, featuring songs from Drake, Diplo, T-Pain, and more!

Once I switched my quarter length from 4 minutes to 6 minutes I couldn’t change it back to 4. Please fix it

I absolutely love this game. If you don’t spend any money on it, it is ridiculously fun to play.

I spend 20£ on my carrier and I can’t finish season, because I can’t play games in marked calendar

Nothing works now. Every time I play any mode in this game the game crashes. I tried everything and nothing works

When nab 2k21 coming out it still hasn’t come out.

The first thing is that I took 1 hour to find out how to customise my character so I think that needs to be more clear. The second and last thing is GRAPHICS the graphics of this game are really bad right now, there’s free basketball games that have WAY better graphics than a $9.99 game, so that needs to get fixed as well.

Every time i reach game 6 of 1st round playoffs, i can’t progress through it. I tried to restart my career but same thing happened three times already

THE BRING BACK NOVA 3 GUY

Hello 2k,I have a glitch that’s made me want to smash my window. I was playing away and hit 80 overall and managed from there to get to 88 overall with maxed out all skills except strength and algility.then I closed the app and came back in and the overwrite data thing came up and the game crashed.i was then sent back to when I was 79 rated just before 80.i didn’t want to have to do all the games again so I bought 5000 VC and bought my way to 80 overall.i then went to claim my 80 overall prize to find that it said claimed.I'm now stuck on 80 overall with 3 dollars less and my save file gone, please fix this or give me the reward vc or something because if it’s not fixed I’m just gonna remove the app. If you can fix it and will you’ll find a 4 5 star rating on your app from me.this is a good game for a ported version don’t get me wrong but this has totally ruined the entire game (yes even out of mycareer) so please please PLEASE fix this glitch or give me my stuff back.show us all that you have great customer support. Thankyou Kind regards Frustrated

Next one needs more back story I reckon! Get to play few night school games and then choose a college. Once you’ve chosen a college you get to play a couple games and gain interest and ranks from the nba. Then get to the draft or choose a team. Needs that little more for the people that can’t be bothered wasting hundreds of dollars on a console that they ain’t going to really play.

If I’m being totally honest the 2k developers have the right idea. It’s a good set up but there are a couple of improvements I’m looking for. 1 I understand that this isn’t console 2K but if we could have a few more components from that version it would be great. Things like better graphics, updated badges and a few more actual cutscenes nd decisions. 2 it would be great if we could see some improvements in the Association part. I enjoy it, but we need to see draft classes that include actual players. 3 This is the most important one for me, which is if it greens it goes in. This annoys me out of my mind when I green a good shot but it doesn’t always go in so if there is nothing else you change just make a green go in. All round pretty good game though.

As far as your self-control goes, as far goes your freedom.

NBA 2K20 is a basketball simulation video game developed by Visual Concepts and published by 2K Sports, based on the National Basketball Association (NBA). It is the 21st installment in the NBA 2K franchise, the successor to NBA 2K19, and the predecessor to NBA 2K21. Anthony Davis of the Los Angeles Lakers is the cover athlete for the regular edition of the game, while Dwyane Wade is the cover athlete for the 'Legend Edition'. NBA 2K20 was released on September 6, 2019, for Microsoft Windows, Nintendo Switch, PlayStation 4, and Xbox One, and on November 18, 2019 for Stadia. . 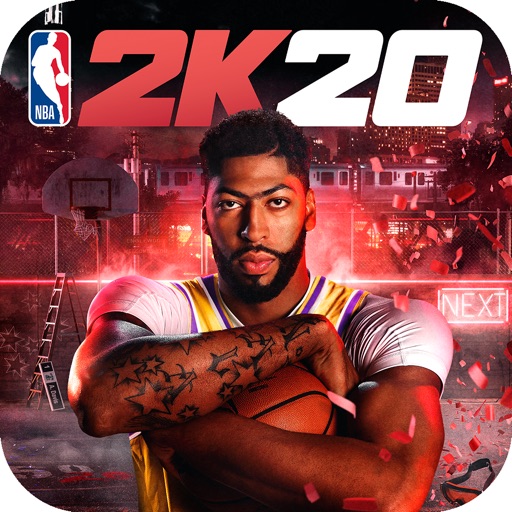