#1 game in 80 countries. Loved by skaters all over the world.

Note: True Skate comes with a single skate park and contains additional content only available by In-App purchase. See below.

Features:
- Realistic touch based physics.
- Flick the board to make it react exactly how you would expect.
- Drag your finger on the ground to push.
- A beautiful skate park to get lost in including ledges, stairs, grind rails plus a bowl, half pipe and quarter pipes. (Additional skate parks are now available as an In-App Purchase)
- Slow motion.
- User challenges
- Replay sharing
- Global leaderboards.

Do you love True Skate app? Please share and improve it :)

This is the best skateboarding game on the App Store!It is so fun and addicting worth more than it is!!!!

Enjoyed playing the game but sadly I recently made a purchase on the game and it’s since meant that the app crashes every time I try and access the menu to change skate parks. Redownloaded and still no change, bit disappointing to be honest and the iOS app support on your website doesn’t cover this problem..?

It’s fun overall and I found myself getting 40,000 nuts on just the free map and needed more maps so I bought some and some new skateboards and wheels but noticed that there is no such thing as truck customization which I’d like to see because my board looks kinda plain when the wheels are black or red and my trucks are plain silver so please add that.

This is an amazing game and it’s so fun! I have been skateboarding for a while now and this is a really fun and mostly realistic game. My friend steals my phone to play this, and he doesn’t even skateboard! It’s so easy to pull out of your pocket and play instantly, then shut it off within 2 seconds. It has a few weird bugs with the purchases, but other than that, this game is awesome. Well worth the $1.99!

I’ve had this game for 6 years have a lot of parks and skate irl. This is the best skating game for phones today and I will always stand by that. Favorite game by far but would really only recommend for skaters.

Don’t buy this game. It is a waste of money. You are better off buying touchgrind skate 2 and using the money you saved to buy a second map.

Great game I would give it 20 stars if I could. But there is one thing I think u should add in to the game, scooters and bikes.

Ok every time I get on and off my gaps reset as well as all my tricks and missions. The pole jam you guys have set up as a live event has reset and now I have to do all the missions, wait half a day and then do it again. Please do something about this because I didn’t put effort into the game just to lose my hard work.

Whenever I go to buy a skateboard deck pack, My game crashes. PLEASE FIX ASAP

New update wiped my account of all progress and coins, waste of hours or effort, thanks

Peace comes from within. Do not seek it without. 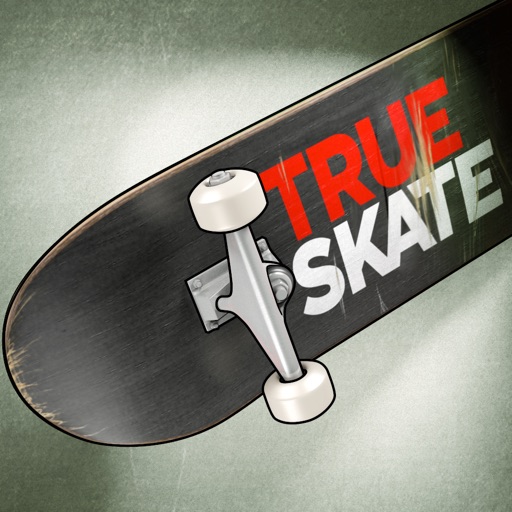