As a white listener, I learned more about African American history than I ever did in school. This shows another faucet of systematic racism that I would have never realized existed if not for this podcast. Highly recommended!

A lot if “one wonders what they felt ...” That’s not journalism; that’s supposition and editorializing. Very little scholarship or value here, with the exception of a few direct recordings from the 50s. But even the interesting tidbits that are probably better examined by professional historians.

The black experience raw and NOT white washed. Amazing podcast!

Superbly done - thank you for this gem!

Extremely insightful and well done. A part of our history that needs to be told. Hoping more episodes are on the horizon!

So many false statements, inventing history that was called out by many other historians

One of my friends recommended this podcast, so I thought I’d give it a try. I listened to the preview and was almost instantly hooked. Each episode brought new understanding to me, & often tears along with it. I kept asking myself why these things were never taught to me in school. This podcast is both profoundly beautiful and profoundly heartbreaking! The narration, poems, and stories are captivating, and I am sad that this podcast is finished. Please do more episodes.

Thank you for educating me. This should be a mandatory listen for all Americans.

In episode 2, the story is centered around the concept that the entire U.S. economy was built in the South through slavery and the cotton industry. There is absolutely no mention of the economy built in the North through increased technology and advancements in industry that did not rely on slavery. The economy that was built in the Northern states didn’t rely on slavery and did benefit from capitalism. This has been totally ignored in this episode and throughout the entire podcast. The more productive Northern economy helped win the Civil War, and rightfully ended slavery. How do you completely ignore this in a “historical podcast” regarding the history of African Americans? It seems pretty important to mention in historical context that the economy that didn’t rely on slavery was in fact the more productive one, and was critical in defeating the Confederacy.

Excellent story-telling. If 1619 was in written form, it would be an incredible page turner. Highly recommended.

Some of the most powerful stories are familiar ones, reframed. There’s a reason Nikole Hannah-Jones can claim the title “Beyoncé of journalism” without flinching. Eager to follow this one all the way through.

Incredible journalism, brave and strong. A must listen for the entire US and global population- this will be a movement.

This is not historically accurate. Read Leslie M. Harris.

Chuck Norris once beat John Wayne in a armwrestling match. But, that was when he was 1 and a half.

This is an insightful, heartbreaking and thought-provoking podcast. Highly recommended.

Heartfelt and compelling combination of education and personal accounts. Beautiful, heartfelt, and devastating.

Essential listening, so beautifully made, devastating, empowering. Thank you so much. GB

Eloquent, informative and evocative of the times gone past and the times still being lived in. Thank you for producing such an important podcast - this I will listen to again and again and learn something new everytime GB

I could listen to Wesley Morris speak all day! With knife in hand and chopping board in place he takes us on an unsuspecting history of American music, full of delicious as well as painful surprises, with an off hand delivery that made it all so captivating and interesting. GB

Discovery consists of seeing what everybody has seen and thinking what nobody else has thought. 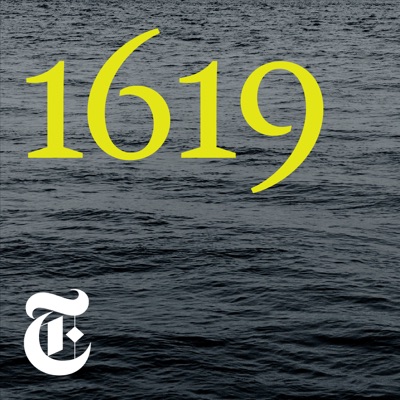