Do you love The Apology Line podcast? Please share and improve it :)

Thank you for this. Setting the tone, clearly conveying your/others emotions about what happens; bravo. I can’t wait to hear the rest!

Really enjoyed this first episode. Some bits about backstory could use some trimming down but overall a really interesting podcast that I can’t help wonder what apologies would be left now in 2021.

Just listened to the first episode and starting the next. Very engrossing, and I can’t wait to see where it’s going. I’m hooked!

I like the concept of this however in episode one I really struggled to hear the recordings and had to rewind and still couldn’t figure it out. Sometimes that leaves me not sure what’s going on. Idea is cool though but maybe they could clean up the audio a bit!

Seriously, I’m starting to itch just waiting for ep. 3. So much so, I’ve listened to the first two episodes twice!

I had no idea something like an apology line existed! I’m already hooked & I seriously cannot wait for the next episodes, I hope they come out soon! Narration is a little unorganized but over all, very captivating. I already have my own theories of the characters. Can’t wait for more!!

My only qualm is that there aren’t more episodes to listen to already. Well done and super creepy story. So good.

Concept is great. But I struggle to hear the taped confessions/apologies. It was disappointing that I had to turn it off. Please I want to hear what’s going on. But until the tapes increase in sound quality, sadly, I will have to turn this off. Good luck.

First time writing a podcast review. This $h!t is crazy! Would be a tough life to live hearing and knowing the information.

Quick question- whats the track in the intro? Thanks!

Thoroughly enjoyed this podcast. Are there more than 2 episodes — I want more ! Fascinating how it immersed itself in so many people’s lives .

So much more than just entertaining. The podcast left me thinking of what I would/should apologise for... and what life choices I refuse to be sorry for. Love the inclusion of the old recordings just wish some of the audio was clearer. If not for the audio issues, terrible theme music, and really grating “talk to you like a toddler” narration - that featured only occasionally - it would have been 5 Stars... sorry.

Chuck Norris can flip a coin and make it land on both sides at the same time.

can’t believe there will only be 6 episodes of this! GB

Wow what a show. GB

I have just finished the first episode and I am wide eyed and hooked. The narrative is fantastic, told beautifully and the whole show conjours a picture of a long gone Manhattan; even the strong Brooklynese accents sound dated. It has the creepiness of The Conversation, the sleaze of Taxi Driver and the voice of Woody Allen?! Listen now... GB

First comes thought; then organization of that thought, into ideas and plans; then transformation of those plans into reality. The beginning, as you will observe, is in your imagination. 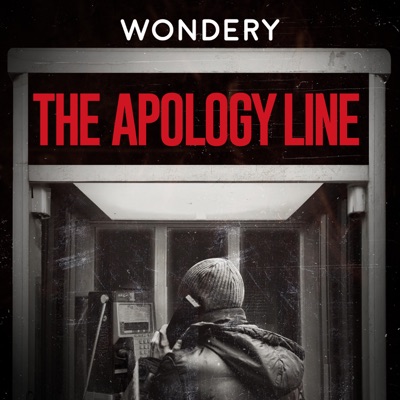