Four comedians and lifelong friends compete to embarrass each other out amongst the general public with a series of hilarious and outrageous dares. When Sal, Joe, Q, and Murr challenge each other to say or do something, they have to do it. And if they refuse, they lose. At the end of every episode, the biggest loser must endure a punishment of epic proportions. This season, the guys pose as hot dog vendors, gymnasts, waiters, clerks at a bridal shop and more. As for the punishments, from skydiving to the rodeo to the body piercing shop, they are bigger, badder, and funnier than ever before.

Do you love Impractical Jokers, Vol. 15 tv serie? Please share and improve it :)

Where's the missing episode? The Shame of Water

The episodes are great, but two things need to be brought to iTunes. 1. More Inside Jokes episodes! People love them, and there’s only two episodes on iTunes in the Inside Jokes variant! And even those two are a season exclusive (see volume 4). 2. Release the new Impractical Jokers spin-off, Impractical Jokers Dinner Party! Might have someone say that they watch your show at 8 Mountain!

It would be nice if there was like some sort of finale show so that I know the season has ended. However, their finale shows are actually somehow not as funny as the season show. And additionally, why has Joe never received a tattoo? (Tattoo episode was probably the funniest show of the entire life of the show. Jadyn Smtih tat, so freaking funny! 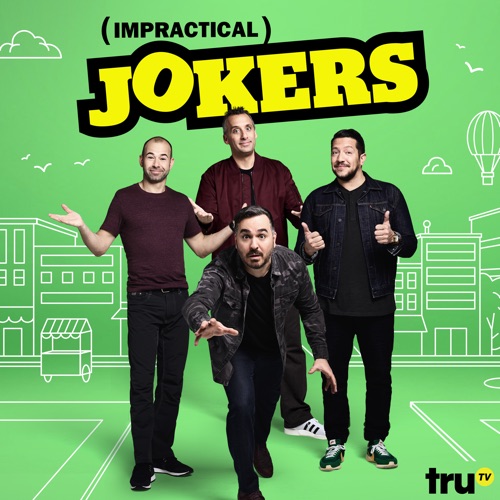