Follow 12 Canadian drag artists as they compete for the title of “Canada’s Next Drag Superstar.” Each episode tests their talents and challenges them to master singing, dancing, acting, impersonation, costume making, and improvisation. Judging the series are a panel of entertainment industry experts, including Brooke Lynn Hytes, Jeffrey Bowyer-Chapman, and Stacey McKenzie, along with a weekly celebrity guest. One competitor is eliminated at the end of each episode, until one Queen is left standing with the crown, scepter, and title. Throughout this journey, the Queens share their personal struggles, successes, and show the importance of celebrating everyone’s charisma, uniqueness, nerve, and talent.

Let me start off by saying this season of Canada’s Drag Race is so amazing and really good! Zero issues with the season but why did iTunes have to censor it? Like no other season of drag race on iTunes is censored so why all of a sudden start censoring now? It just takes me out of it and ruins the mood of the season.

So it’s been over for a while and there are only 7 episodes of the season on here? It’s been 2 weeks and there hasn’t been any added. Wth?

First time I’ve ever experienced this from Apple. And it’s very disappointing. I would’ve just gotten a WOW+ subscription instead...

As the other reviews have stated, iTunes isn't releasing the season in real time. We are several episodes behind, and as a result I know who wins despite having three episodes to go. I'll be subscribing to WOW for next season because of this.

do not purchase on ituens. where is the rest of the series? why did I pay for a series pass without access to all the episodes?

Don’t waste your money on iTunes. They’re censored and not releasing the episodes on schedule. Download the WOW app instead. It’s only $3.99 a month. It’s a great show and iTunes has once again made another drag race show inconvenient to watch.

The show is pretty lack luster and the RuPaul wanna be judges are rather cruel with their “feedback”. It is disappointing. Rupaul and Michelle may be a little stern at times but their insight is still constructive. I would give it a C-.

Don’t waste your money. They are selling You only the first 5 episodes and the show has already crowned the winner. And they haven’t even released the others.

Promoting this is disgusting

Love drag race and the series but APPLE is not uploading new episodes as they air ! There are now 8 episodes of Canada drag race available on other platforms/ subscriptions but one the first 4 on iTunes AND THATS 2 WEEKS AFTER THEY ARIED .the last episodes continued to get spoiled for me and my partner as we can not KEEP UP with them IN TIME . APPLE FIX THIS !!

Ok iTunes what gives. You haven’t released a new episode and the season is almost over what gives Please gives us what we’ve paid for

Really disappointed with Apple. I thought by purchasing Canada’s Drag Race I would be able to see the whole season.

The horrible judging and constant favoritism is a big letdown from what could have been an amazing season.

Literally nothing has been released in weeks?? Multiple episodes have gone by and they’re still on the 3rd episode from August 3?? Get it together Apple this is ridiculous.

so hyped about this series of drag race; its so refreshing to watch this show without ru paul's ego monopolizing the air time. his presence is still there, but it doesnt suffocate the artistry of the queens or the narratives that come out of the show the way it has in the us dag race series. im in love w all of the contestants, stacey mckenzie and my all time fave jeffrey bowyer-chapman 😻 not a fan of brooklyn hytes, but she's tolerable as a judge. i left off one star because i'd love to get a refund for the season pass from apple since i ended up paying for a world of wonder plus subscription to watch the recent episodes. the show started airing in canada on july 2nd, and as of today august 14th apple has only released 2 episodes out of the 7 that have aired.. with an inexplicable gap of closing in on a month now since they released those 2 episodes. if youre going to splurge the $20 for the season pass on apple, just cough up another $20 for a year subscription to wow+ (or just $4 for a month).. its totally worth it since they have uk drag race, thailand drag race and a ton of other drag queen forward shows.

Good show, but I am confused and dismayed by the slooooooooow release of episodes. I would recommend skipping purchase unless you would not be irked by this.

Great queens, but watching/hearing the judges critique is the worst part.

Very rude judge panel , they make Michelle look like a saint compared to them.

Show is good, timing of release to iTunes worst. Episode 1 aired July 2, available on iTunes July 25. It is now August 7th with no other episodes released. IRL they have aired through episode 6. Save your money and patience until they release all episodes.

Censored episodes...really?? I don't think any of the other seasons/franchises have been edited

Does anybody know when the next episode will be available ?!

Yes, we already know that iTunes is gonna be slow with this. However, don't give this a one star rating just because you don't get the newest episode right then and there. It's a decent spinoff with good queens. Don't bring the show down just because you're impatient about a company's incompitency. Deal with the wait for now, because I assure you it will pay off.

Come on Apple get on it with the RuPaul episodes already. Always behind. 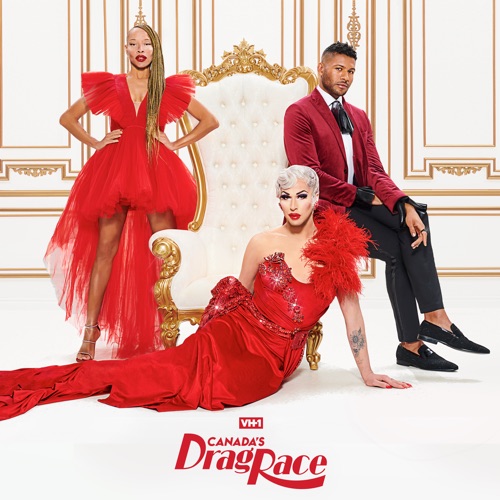