James Herriot’s adventures as a veterinarian in 1930s Yorkshire get a glorious new adaptation in All Creatures Great and Small, a series based on his beloved books.

Do you love All Creatures Great and Small, Season 1 tv serie? Please share and improve it :)

This remake lives up to the reputation of the original series and more. Updated to please even the harsher younger critics, it is a great family movie with a great story.

Grew up on the books and the old show. This is a great reboot! Well worth watching.

I too was apprehensive in case this remake tarnished my memories of the original series. No worries. This is beautiful! More character delvelopment, production values are top notch.. The costumes are a quiet character on their own. Main actors are all gifted in their roles.

Mike of the Great White North

I grew up on the books and enjoyed the original series, so I was worried about them remaking this classic. Well, I’m happy to write that the first episode of All Creatures Great and Small is amazing. I was pulled in immediately. The actors are brilliant and filming is far better than the original.

I could not give this one star as the acting is satisfactory and the scenery, costumes, et all are enjoyable. But I am severely disappointed with the character changes made to the two Farnon brothers. Tristan is more cocksure and less friendly than in the books, but his character is practically unchanged compared to what happened to Siegfried. (Spoiler)First, he doesn’t want an assistant, then he is disappointed with James and fires him, then he’s boastful about having two assistants to another vet. He gets very upset with James for drinking at the pub! In the books he could keep pace with the farmers and regularly did so! He isn’t the brilliant, enthusiastic, energetic, generous, and maddeningly adorable man he is in the original stories. He simply isn’t warm. This adaptation focuses more on Mrs. Hall (she has a backstory) than on the animals and the quirky and unique cases James deals with in the books. I had hopes in the beginning, but when they made Tricki-Woo a growler! Sadly I have purchased a season pass. I’ll probably end up watching the rest of the season. But if the characters don’t improve by the end of the season, I will not be watching the next one. If you love the books, you probably won’t like this show.

I loved that they remained true to the original but modified to make exciting for fans of first showing. They did a great job of casting! Could not be happier. 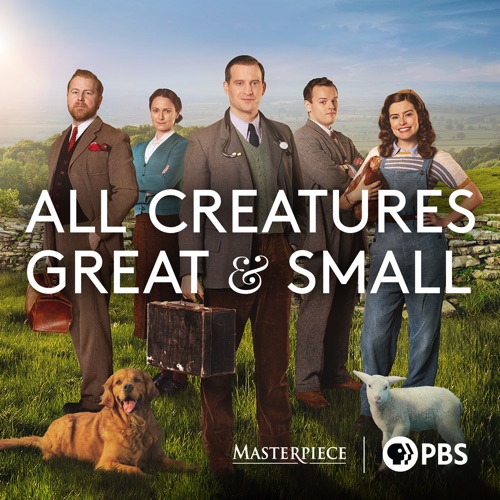