The sixth season of 24 picks up 20 months after last season's shocking finale, when Jack Bauer was captured by Chinese government agents and taken, battered and bloodied, to points unknown. After a series of horrific terrorist attacks, President Palmer and his team of advisors, Karen Hayes and Thomas Lennox, as well as Jack's CTU colleagues Chloe O'Brian, Curtis Manning, Bill Buchanan, and newcomer Mike Doyle, begin an unthinkable, nail-biting day. Former President Logan and his wife, Martha, return, along with Milo Pressman and Chloe's ex, Morris O'Brian, for another day of action.

Very addictive indeed. But as a matter of pure curiosity, does anyone know why itunes only feature seasons 1 and 6? Isn't there some numbers missing here, and why? I have heard so much good about season 5 that I am really keen to get it. And I prefer the digital format to the dvds (shame about the price difference though!)! Thanks. Posted on Thursday 2 October 2008

If I were to award stars on the series alone (even the later ones that are not as good as the earlier series), i would give this 5 stars. But I feel I have to comment on the service that series is being provided by. Downloading is great! It's legal, and you can build a fantastic library that's available everywhere you and your Apple gear goes. But....who in their right mind is going to pay almost double just so they can download it? Not many people. The DVD box-set is available at great prices out there, and you can easily 'back them up' to your iTunes library if needed. This isn't a 'new', breakthough series that you can't get anywhere else... Apple, I have no idea if you read these comments, but people like me do (i.e. Customers). This service DESERVES to take off in the UK, please don't shoot yourselves in the foot by killing it with ridiculous pricing.

I believe in one thing only, the power of human will.

24 is easily one of the best action-drama series on TV. The plots are very interesting, deep and original. I would reccommend this series to anyone who is a fan of the show, and if you aren't a fan, get into this immediately. It is EPIC. One con to purchasing off iTunes however are the prices. It is substantially cheaper to buy this as a DVD Box Set, but either way it is still worth it.

Why, oh why did I choose to buy this from iTunes. I am pretty sure I could have bought this from my local dvd store here in Singapore much cheaper. I like the idea of buying tv shows and to download them at ridiculously fast speeds. However Apple seems to enjoy selling these products at extremely high prices. When I was at university in the 90s, the lecturer in my economics class used to give the example of the McDonald's Big Mac when it came to illustrating parity across the world. In the digital age, he would still have to use that example, as even though we should have the ability to purchase items online at parity, we don't. Check out the US store and do the conversion. We are getting ripped off. I am about to head back to the dvd store and start buying my hard copies again. This is a waste of money. But the show is great.

The tv show 24 I watched on and off whenever they had it on air. So far the shows I am pleased with is season 1, 2, and season 6. The rest I did not get time to watch yet. When 24 was on air on tv I saw it more. For me this I can watch and watch .

Episodes "Day 6: 9.00 AM - 10.00 AM" and "Day 7: 9.00 AM - 10.00 AM" do not work properly for me. A download is not possible - it fails. Tried to delete download-tmp-directory, started iTunes several times, repaired my harddrive, even tested new DNS-entrys in my network-connection and used multiple computers (Mac and PC). Apple please fix it! No problems with all other episodes in seasons 1 -8... 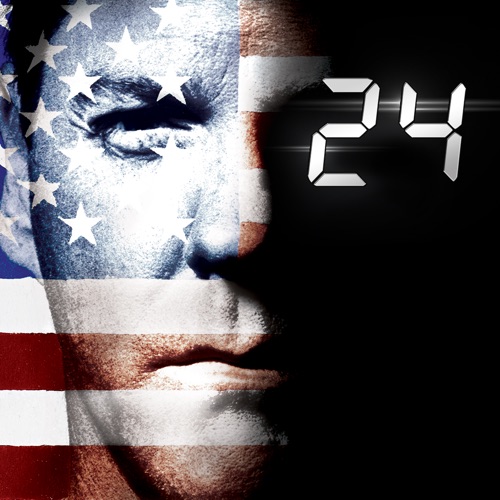